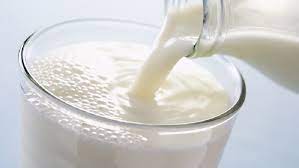 Primary School Children of Punjab to Get Free Milk in Punjab: Children going to school in Punjab will get free milk daily. Livestock Minister says: milk is essential for the growth and development of children. Provincial Minister for Livestock Sardar Hasnain Bahadur Dareshk said that the milk program for school-going children is the first of its kind in which the University of Education, Veterinary University, and Friesland Campina have joined hands.

Milk is a Complete Food: Sardar Hasnain said that milk is a complete food that is very important for the growth and development of children. Malnutrition and malnutrition rate is alarmingly high in Pakistani children. The cattle breeders are the basic units of the food chain system. Therefore, the Livestock Department strives to meet the nutritional needs of livestock.

Lahore: In Punjab, a scheme has been launched which provides free milk daily to school-going children. It is the launching ceremony of the ‘Milk Program’ for school-going children. This ceremony was held in Lahore. In this Milk Program ceremony, Provincial Minister for Livestock Sardar Hasnain bahadur desk and Minister for Higher Education Raja Yasir Humayun participated as special guests.

Peshawar: Friesland Campina and the University of Education, Punjab on Tuesday launched a ‘school milk program’ for providing free milk to school-going children of primary school.

University of Education Vice-Chancellor Professor Dr. Talat Naseer Pasha said that unfortunately, Pakistan is of the countries where a large number of young children are suffering from malnutrition. Pasha said that in the first phase, milk will be provided to school-going children for 6 months in selected schools.

Punjab Minister for Higher Education Raja Yasir Humayun Sarfraz appreciates this program saying that “it will help in the proper growth of school-going children”.

Sardar Hasnain said that it is the first program of its kind in Punjab launched with the support of the University of Education, Veterinary University, and a Dairy Company, Friesland Campina. He said initially, free milk will be provided daily to children studying in 89 primary schools in two districts of Punjab, Sheikhupura, and Attock for 6 months.