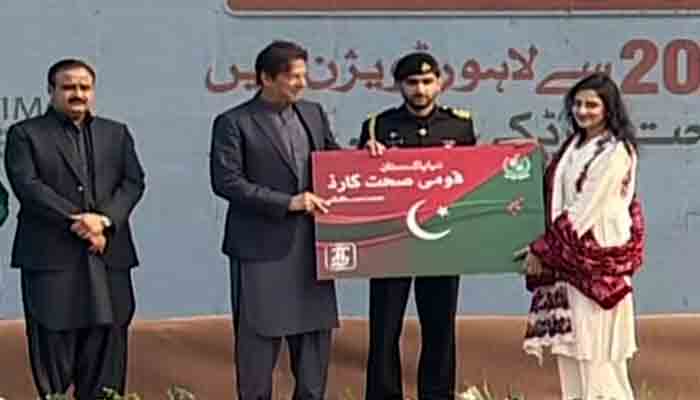 Lahore: Prime minister Imran Khan has launched the distribution of the Naya Pakistan Sehat card on Friday for the entire people of Punjab. The ceremony was held at the Governor’s house. The universal health coverage program would enable each family to avail of medical treatment up to Rs 1 million a year.

Naya Pakistan Sehat Card Has Launched by PM Imran Khan has been started from now to onward. There are many benefits of this initiative for the needy and poor families of Pakistan. It will ensure the treatment of many fatal diseases of poor and needy people from the country. Let’s have a short visit of this article to everything you want to know about it.

Prime Minister Imran Khan said that none of the governments in the past had taken the bold decision of providing Rs 1 million health insurance to the entire people, as he launched the distribution of Naya Pakistan National Sehat card for Punjab starting from Lahore.

The premier said that this was a “revolutionary stem” during addressing the launching ceremony. The card will enable every family in the province to avail of medical treatment of up to Rs 1 million per year at both government and private hospitals.

He further said under the program, about 30 million families would benefit from the health insurance facility which would cost Rs 400 billion to the Government.

He said: “our forefathers, have dreamed to make Pakistan an Islamic welfare state but unfortunately it could not be developed on the course.

During his visit to the provincial capital, the prime minister would also chair different meetings on administrative and political affairs, law and order as well as development projects.

While addressing the launching ceremony the PM Imran Khan said:

“Today every family in Punjab will get the health cards facility. A welfare state is one where everyone has the opportunity for development and prosperity. For the first time in the state of Madinah, the state took responsibility for the weaker people of the society.”

The prime minister said that the model of the welfare state can be seen today in Europe but not in Muslim countries.

Taking a jibe at PML-N’s mantra of making Pakistan an Asian Tiger, the Prime minister said: “Asian Tiger is nothing compared to the state of Madinah, we are trying to put Pakistan on a path of prosperity”.

He said that now a government will not spend money to build a hospital, people will come and build a hospital. We want everyone in remote areas to have access to health facilities and by March 2022, all families in Punjab will have received health cards.